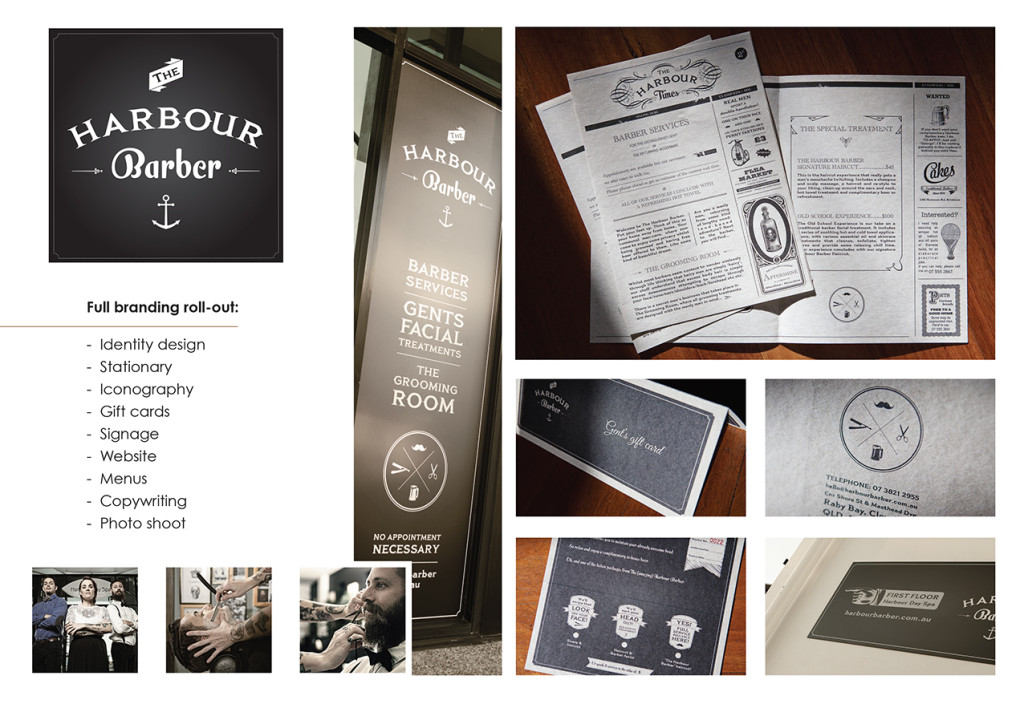 As many of my design agency clients know, I worked as a Senior Graphic Designer prior to moving to photography full time in 2004 and when certain projects arise, I like to keep my hand in the design game. This allows me to remain relevant with my agency clients and informed of design trends.

Photography is so closely tied to graphic design, so by remaining aware of design, I can maintain the advantage that I have over other photographers by keeping the designer in mind when shooting for the collateral that they’ll be using my images in. I’ve actually had eagle-eyed designers in the past, guess that I used to be a designer when reviewing my photography folio and others also tell me that this is the reason why they prefer me to shoot their image content. How they guessed that, I’ll never know!

This branding award came around when late last year, I was contacted by a client who I shoot for named Harbour Day Spa in Cleveland (South Brisbane). Aware of my background in branding, I have consulted with and written copy for the day spa; and in 2015, they improved on their ‘Best day spa in Australia’ crown, by being named ‘Best luxury beauty spa in the world’ at the World Luxury Spa Awards 2015. Amazing!

The owners were looking to start a barbershop solely for men, annexed to their hugely successful spa, for two reasons. The first, was to capitalise on the ‘bored husband’ crowd that were dropping their wives off, then leaving to fill an hour elsewhere. The second motivation was the growing trend of barbershops for the image-conscious modern man of the Gold Coast/Brisbane region.

After suggesting a brand voice to the client and writing their copy, I was subsequently asked to create the brand identity and roll-out around 15 brand touch-points for The Harbour Barber. The brand has been incredibly well-received, now is home to some of the best barber talent in the state and this design award looks to be the first of many for the business. But for me, it’s back behind the camera for now, where I’m most comfortable. Onwards!   🙂 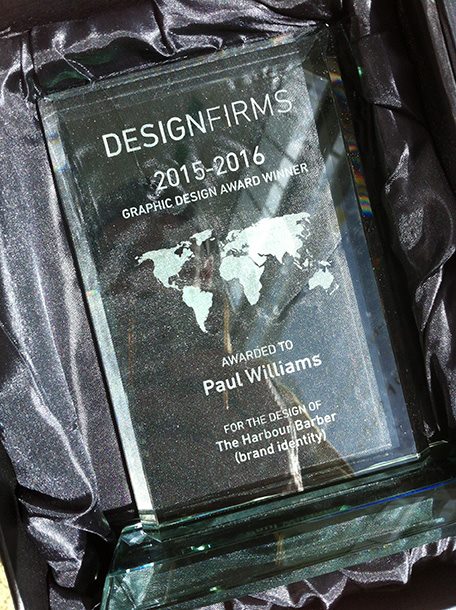