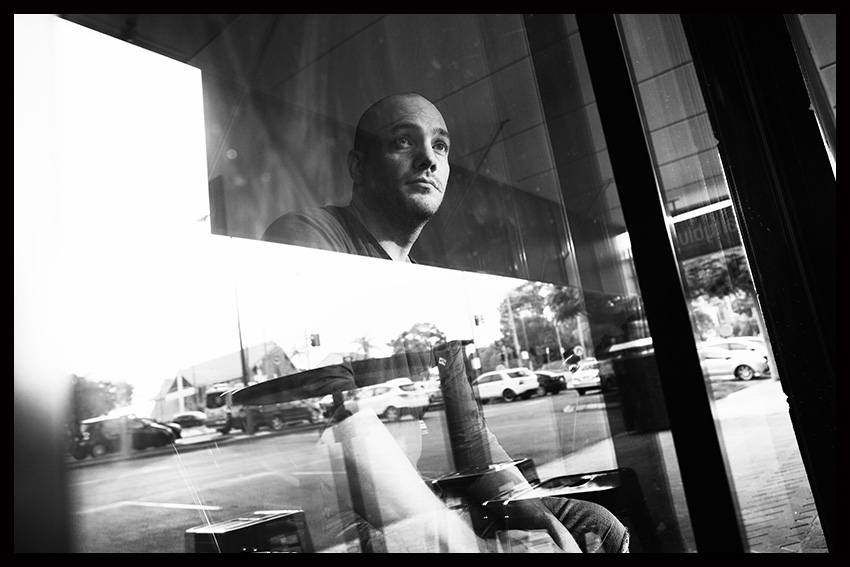 Gold Coast musician, Alby Carter, recently contacted me to shoot a fresh suite of publicity photos. I’d met Alby before when I shot him during his studio session at Bignote Productions on the Gold Coast.

We decided that casual urban locations would be ideal for Alby’s highly relatable music, so headed to Burleigh Heads for an hour of  shooting in various venues until asked to leave – proper old school production that took me back to my old days of shooting on film and dodging security guards! Heh….

After a nice old time strolling and chatting with one very nice dude, we came away with some great shots that work together really nicely around strong black & white compositions and a theme of reflections. I’d chosen this approach for two reasons; the first being the nature of Alby’s pensive song lyrics and his serious return to music after a hiatus. The second reason being the lack of architectural charm on the Gold Coast meant that a more creative approach was going to be needed for this kind of urban environment.

You can find out more about Alby’s music and gigs here. I recommend listening to his sample track titled ‘Maze‘. Pretty damn sweet… 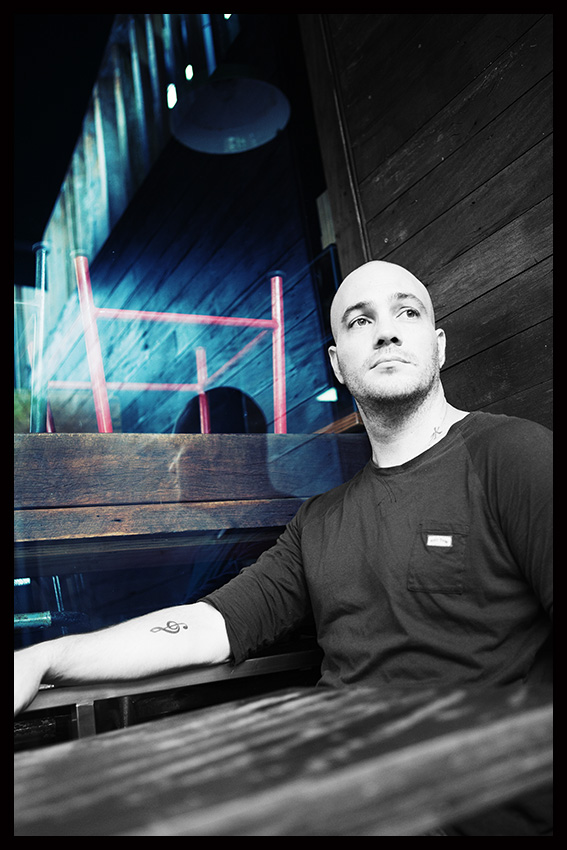