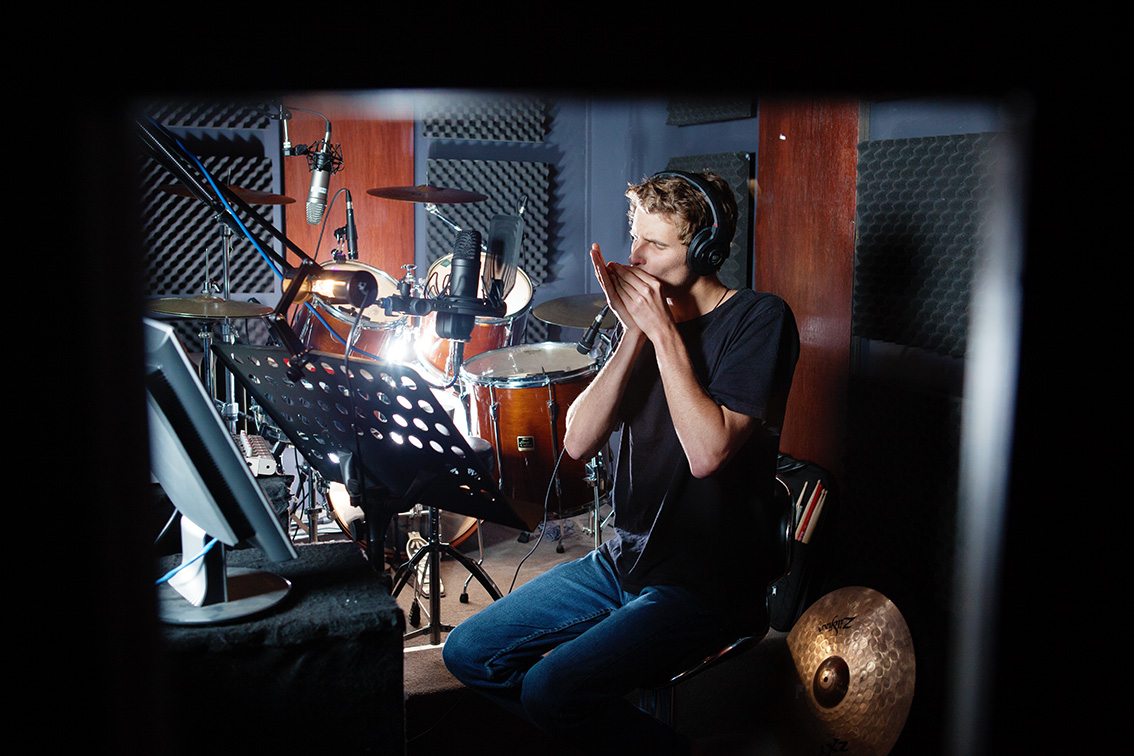 Last week I photographed singer/songwriter, Mitch King, in a recording studio session at Bignote Productions. He was tracking a new song for his upcoming album.

This photo was taken through a porthole window to the recording studio. I like the rim-light in this shot and the blurred window frame that frames the shot itself – it reminds me of old Super-8 or medium format film.

After the session, Mitch asked me to shoot his album cover next week here on the Gold Coast, which I’m very much looking forward to. The songs that he’s recorded for the album so far are awesome, so it’s a really nice project to be involved with.
This was my 2nd shoot for Bignote Productions who, to my surprise, asked me to be their in-house photographer from now on! It’s such a talented team at Bignote and being able to provide photography for the musicians producing music at the best recording studio on the Gold Coast feels like an ongoing collaboration that will be a perfect fit. So if you’re looking to produce music and you’re in the Gold Coast / Brisbane region, drop by the studios here to say hello. You just might end up in front of my lens as my next blog entry!

You can check out Mitch’s tunes here:  http://mitchkingmusic.com.au/

/ Comments Off on Band photography for Bignote Productions, Gold Coast

Last week I was asked to shoot a band recording a track for their upcoming album, at Bignote Recording Studios on the Gold Coast.

I had just 5-10 minutes to shoot each band member while they were warming up, before their studio session began. This is a good example of what can be achieved even in such a rush, with just one small compact flash unit (triggered remotely). For the vocalist, I placed a 2nd compact flash unit beneath the drum kit to illuminate the skins and bring out the background details of the studio, while still keeping the emphasis on the sharp foreground subject.

Everyone at Bignote was really happy to see the results of a photo shoot done within such time constraints and I loved having the chance to see the amazing music being produced there. If you’re a band or independent musician in the Gold Coast or Brisbane region, do yourself a favour and go see the folks at Bignote Productions! 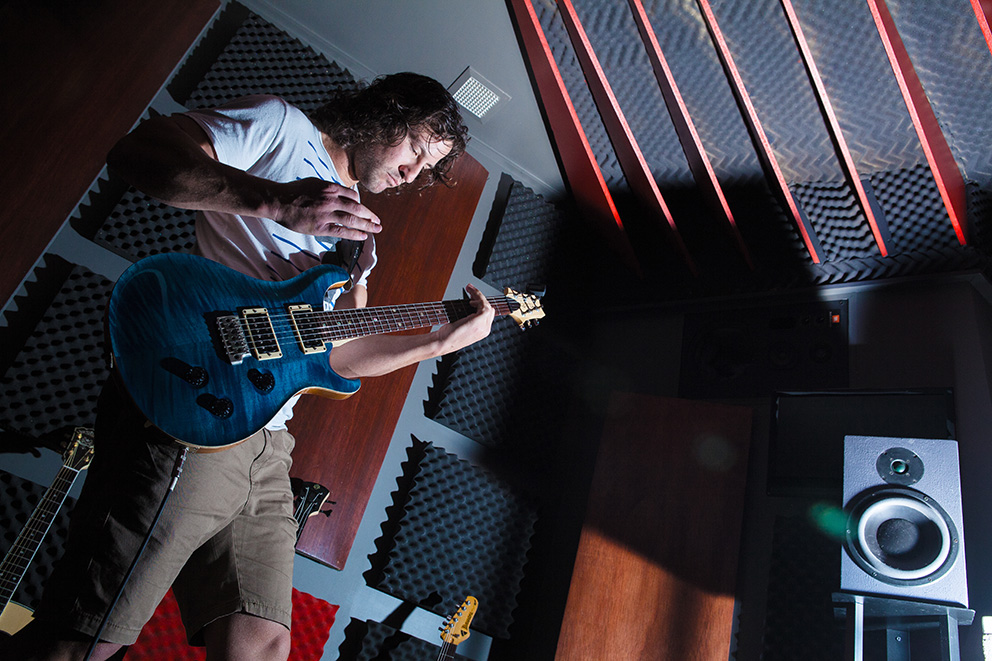 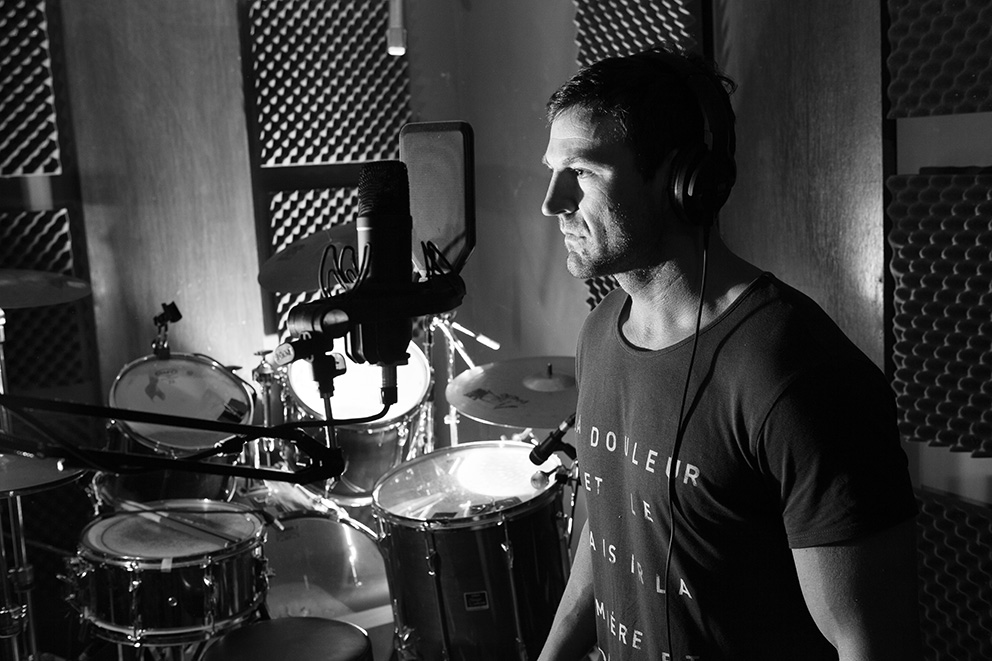 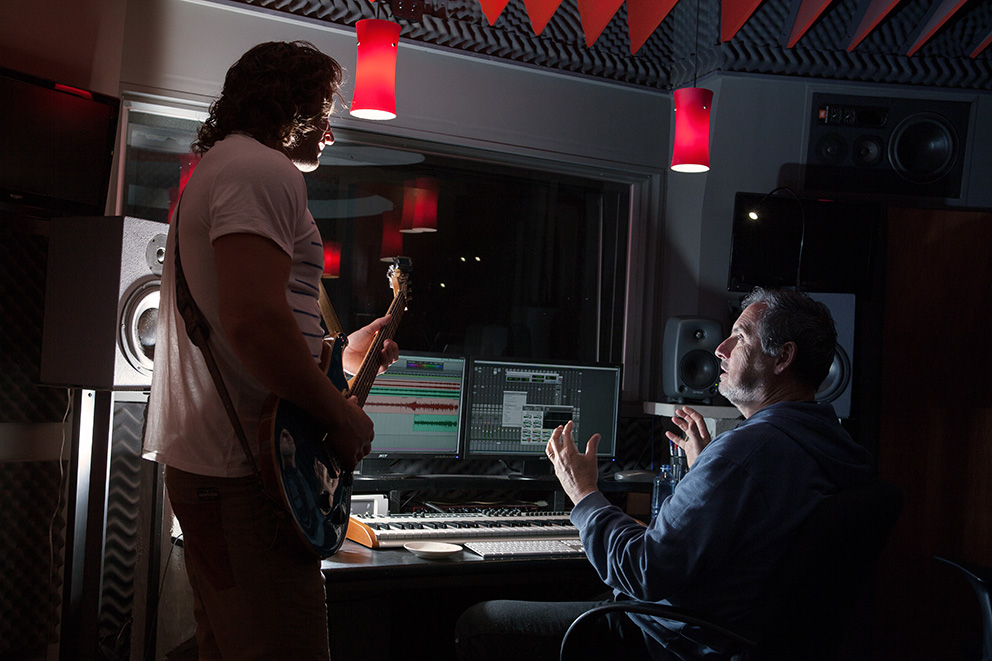 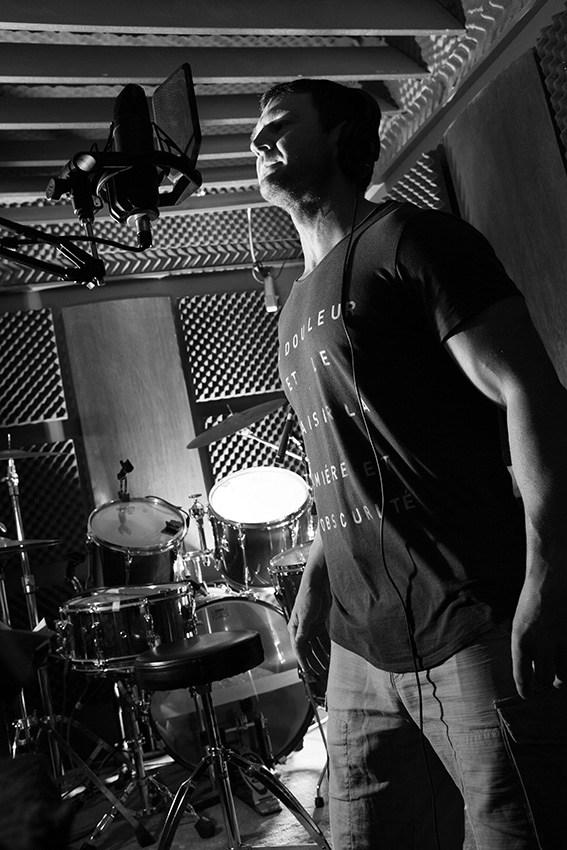